In the latest episode of Fantastic Female Fridays, I invited Jen Hemphill as a guest on to the show. 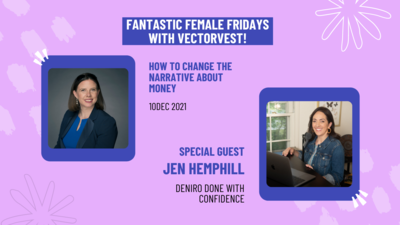 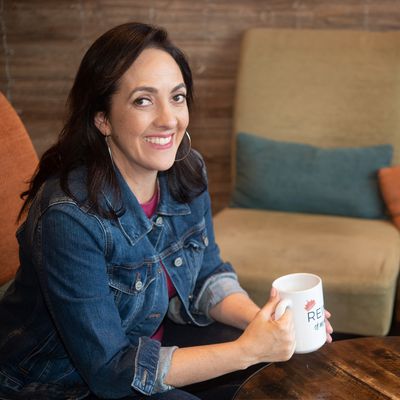 In the latest episode of Fantastic Female Fridays, I invited Jen Hemphill as a guest on to the show. Personally, I think that Jen has a lot of great wisdom to share (as evidenced in her podcast) and like me, she likes action-focused practicality and has a genuine interest in helping women to reach their potential with money, but her principles are applicable in many more aspects of life. However, that's not all. I feel that it's particularly important to bring diverse perspectives to the show and Jen is passionate about representing the Latina community, so we were all set for an insightful show and Jen lived right up to the billing!

Jen spoke about overwhelm during our conversation and that maximising your money can be a simple process. Small actions can build up to have a very momentous effect, but the catalyst that can really accelerate results is consistency. Committing to those actions and repeating them with intent is the source of the results.

From Jen's point of view, her "Daily Dinero Ritual" is the way that people can advance their financial situation in a simple, consistent way. From a VectorVest point of view, I shared ideas of how to apply simple indicators from the VectorVest system consistently to achieve impressive, repeatable returns.

During our conversation, Jen identified three key reasons that our narrative around money can be plain wrong including:

A lot of debt, lack of understanding around jargon and guilt relating to spending can be very difficult to talk about. It leads to people focusing only on the bad and locking these fears in rather than speaking out about them (and thus dealing with them).

People have different approaches to everything in life and money is the same. Men and women look at money differently. Some people are creative (right-brained) and others are logical (left-brained). Jen points out that it's all about how we connect with the theme. The reason one person might feel under-confident with investing is that they've interacted with people who didn't connect with them at their level.

If you grew up in a house where there was a pervasive narrative of "money is the root of all evil" or a constant feeling of financial sacrifice, it's understandable if you might have a challenging relationship with money even if you're in an entirely different money scenario. If you grew up with a certain status quo, you may be repeating certain behaviours without even knowing.

The Latina Community and the Wealth Gap

Jen quoted a shocking statistic that the average net worth of the Hispanic family is close to $21,000 which stands in incredible contrast to that of a white family which is $171,000. This study is from 2016 in the paper "Disrupting the Racial Wealth Gap". I had to ask Jen if I had heard her correctly as those numbers are astounding and that piece elaborates with how that gap manifests itself as well as "Four policy ideas have robust promise to reduce the racial wealth gap".

That said, I was interested to hear Jen's opinion on this. She pointed out how some may not understand the system to build resources. Many women pause their career to take care of family, as this is a rooted value in the Latina community. Also, money may not be discussed openly and thus myths can't be easily busted and finally, she spoke about the common refrain "If God wants" which may gingerly hold people back from taking more action than in other environments.

Jen helped us understand what holds people back from progressing towards their investing goals. She highlighted three areas:

People may think "I will invest when I have lots of money" or other nebulous, futuristic situations. Instead, investing can be possible much sooner with much smaller amount of money than you might think.

This is a perception that can be very corrosive. You don't have to know what the CEO has for breakfast, how to read a Profit & Loss statement and an intricate understanding of every sector. In fact, the VectorVest system prides itself on the possibility of analysing a stock in under 30 seconds using proprietary indicators.

If the industry uses lots of jargon, wraps customers up in knots with fees and makes every concept complex, then of course, people are likely to be apprehensive in their approach. We really try to bring, as Jen says, simplicity and consistency to all that we do. My recent book "Money Matters" was particularly aimed at simplifying lots of key tangible techniques in personal finance, investing and entrepreneurship. This publication came about from a partnership with CFA Society Ireland with the very intent of democratising financial literacy among young people.

As the episode moved to a close, Jen shared three key takeaways:

What are the words that come to mind when you think of money? What do you remember about attitudes to money when you were growing up? What unexplained thoughts, worries, dreams or opinions do you have about money ... and do they stem from your childhood. You have the power to turn these ideas around in your head either by being aware of their power and taking action or getting some coaching.

You can manage your money better. You can learn to invest more effectively. Look at all the things that you've done, all the accomplishments you've had and problems you've overcome. Of course, you can handle notes, coins, balances and stocks!

There you have it! It was a delight to have Jen Hemphill on the show and we hope that you will tune in for our next episode early in 2022.