Amanda Newman, The Career Mum, talks about coping with redundancy, leaving with your head held high, and how her professionalism landed her a new prestigious job.

"I felt that I really added value and left a legacy; I could leave with my head held high" 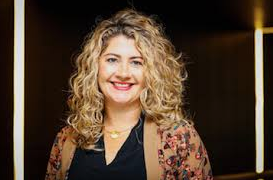 My guest on this podcast is Amanda Newman, whose Facebook group, The Career Mum, grew to 2700 members in less than a year. She blogs at TheCareerMum.co.uk, and, at the date of recording this podcast, was recruited at Microsoft a few months ago.

Amanda shares the rollercoaster she's been on for the last year, leaving a job she loved at Shell after twenty years, setting up her Facebook group and immediately striking a chord with her readers, and now enjoying a new blooming career at Microsoft.

When Amanda came back from maternity leave in 2017 after having twins, she knew she was going to be made redundant. How did she deal with it? Amanda's story is one of incredible resilience, thanks to her extreme professionalism.

How to be professional, always

Amanda takes ownership of her decisions: she chose redundancy, and you'll learn why when you listen to her episode. And she didn't want her time at Shell to end on a low note, either. It wasn't always easy to keep her motivation up in the weeks leading to the end of her contract, but she wanted to leave a legacy - she wanted to be remembered as a doer.

Your "network" can take many, many forms

When she talks about the people she knows at Shell, she knows they have her back - they are part of her network and she wouldn't hesitate to get in touch with them. Amanda had also been toying with the idea of starting a blog to support other career mums and dads. The theme immediately resonated with her readers, and resulted in a warm and supportive Facebook group, thanks to Amanda's leadership skills. That group has been an amazing network in its own right both for Amanda and for her readers.

"I wanted to meet you because you're tenacious"

Just as she was thinking about maybe taking the year off after leaving Shell, an unexpected offer came her way through an old friend. In 12 hours she had her CV ready to send to the hiring manager. Then the bad news came: she didn't get the job. However, the story doesn't end there. Listen to the podcast to find out what Amanda did next - a move that resulted in her new job.

Amanda's Facebook group is a lively place with a warm, supportive community